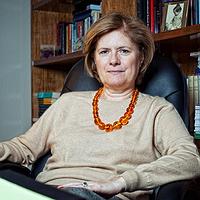 Frosso Motti-Stefanidi is Professor of Psychology at the Department of Psychology of the National and Kapodistrian University of Athens. She received her B.A, Suma Cum Laude, and her Ph.D from the University of Minnesota. She has received the Distinguished International Alumni Award, from the College of Education and Human Development, of the University of Minnesota, and the 2022 ISSBD (International Society for the Study of Behavioural Development) Award for Distinguished Contributions to the International Advancement of Research and Theory in Behavioural Development. She has been awarded Fellow Status by the American Association for Psychological Science (2010) and by ISSBD (2022). She is the 2022 Chen Yidan Global Fellow of the Graduate School of Education, Harvard University. She was President of the European Association of Personality Psychology (EAPP, 2008-2010), President of the European Association of Developmental Psychology (EADP, 2013-2015), President of the International Consortium of Developmental Societies of Psychology (International Consortium of Developmental Science Societies, ICDSS, 2020-2022) and member of the Governing Council of the American Society for Developmental Psychology (Society for Research in Child Development, SRCD, 2015-2021). She is now a member of the Governing Council of ISSBD. Professor Motti-Stefanidi studies, through the lens of a risk and resilience developmental framework, the adaptation and resilience of adolescent immigrants and refugees. She has developed the Athena Studies of Resilient Adaptation (AStRA) project, which includes three large longitudinal studies of over 3500 middle school students, focusing on the adaptation and well-being of immigrant youth, and of their Greek classmates, in the school context. She has presented the social policy implications of her work at different Working Groups of the European Parliament as well as at conferences organized by NGOs interested in the adaptation of migrant and refugee youth.