WHO are immigrant origin children and youth? 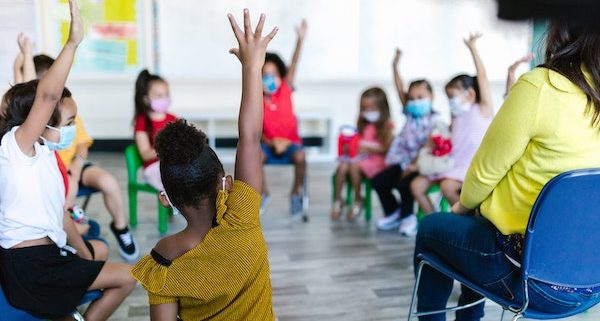 Several key intersecting social identities (and the accompanying social barriers that accompany them) provide important lenses with which to understand the immigrant origin child experience. Generation is certainly one, as is multilingualism, varying documentation statuses, and diverse racial and ethnic origins.

Many, but not all, immigrant-origin children are native speakers of a language –or multiple languages– other than English. Many, but not all, immigrant-origin children will need support at school to learn English. Students who are identified as needing English learning support at school are designated in the U.S. as “English learners” following federal guidelines, as specified in the Elementary and Secondary Education Act (ESEA), as amended by the ESSA, Section 8101(20) (p. 393). The English learner designation, however, does not apply to all IO children, neither does it accurately or comprehensively describe the experience of English-learning IO children. Not all IO children are English Learners. Some IO students enter school as native English speakers (e.g., most IO children from the Philippines, Jamaica, India) or as multilingual speakers already fluent in English. Most importantly, while language learning is an important aspect of the immigrant experience for many IO children and their families, the language learning aspect of IO children does not fully capture the complexity of their experiences. (Im)migration involves managing losses of relationships and family separations, negotiating acculturation, holding hybrid identities, and forging pathways to belonging among many other complex facets.

Immigrant-origin children and youth are ethnically and racially highly diverse. In the U.S. context they hail predominantly from Latin America, Asia, the Caribbean, and Africa and more than three-quarters of immigrants today are individuals of color.

Immigrant-origin children and youth embody a range of legal immigration statuses. Most are U.S.-born citizen children but many live in mixed-status immigrant families, defined as a family in which at least one member has undocumented immigration status. Some live in families who have regularized permanent statuses, others are unauthorized, yet others live in families who are seeking asylum or other protections and remain uncertain about their future status.

The Immigration Initiative at Harvard seeks to advance and promote interdisciplinary scholarship, original research, and intellectual exchange that unpacks the intersecting identities and complex realities of these children and youth.

Note: The numbers and demographics included above and throughout the IIH site draw on a variety of nonpartisan sources that use various methodological approaches to approximate statistics, specifically in the context of noncitizens in the U.S. To learn more about the main approaches, you can visit the methodological approach pages for Migration Policy Institute and/or the Pew Research Center.