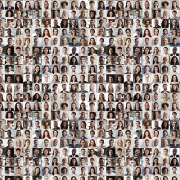 Immigrant-origin families are ethnically and racially diverse as they hail from across the globe (see graph below). 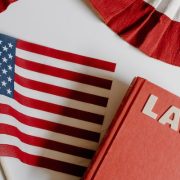 Every nation has different ways of regulating immigration. In the United States, recognized immigration status can range from a range of temporary visas to naturalized citizens. In addition, approximately a quarter of immigrants are unauthorized.

The majority (88%) of immigrant-origin children are born in the U.S. and as such are U.S. citizens. An estimated 4.5 million live in mixed-status families which include one or more family members who are unauthorized. Of those, roughly 725,000 are in some sort of liminal status themselves–either with no authorization or with Deferred Action for Childhood Arrivals (DACA). 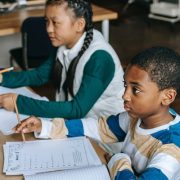 Immigrant-origin children often (though not always) grow up in families where English is not the main language used at home. Whether or not parents and extended family members are fluent in English, the language of intimacy quite naturally is often the native language of their parents, grandparents, or guardians. As such, children who grow up in immigrant families are most often exposed to at least one language other than English before entering U.S. schools. Home languages also deeply influence a child’s developing identity/ies.

Language interactions within families take many forms and paths. In fact, which languages and how they are used at home can change dynamically throughout a child’s schooling. In some families, the languages from the adults’ places of origin constitute the main means of communication; in others, English plays an increasing role over time; yet in others, there is active code switching or translanguaging, with family members merging resources from all the languages they know flexibly, creatively, and effectively depending on who they talk to (e.g., sibling or grand-parent), about what and for what purpose  (e.g., exchange of affection or discussion of academic issues). In some families, all members are fluent bilinguals or multilinguals. In others, some members speak English well with minimal fluency in the home language, while others speak the home language well with minimal English fluency or even no knowledge of English.  This has implications for family communication, responsibilities around translating, and identity formation. For instance, in some immigrant families, children become familiar with the societal dominant language and culture faster than their parents. When that happens, children often function as “language brokers” who translate and interpret language and culture for the adults in their families.

Upon entering school, many but not all immigrant-origin children and youth need support learning English. Not all immigrant-origin (IO) children need support to learn English at school. Some IO students enter schools as native English speakers (e.g., most IO children from the Philippines, Jamaican, India); other IO students enter schools as multilingual speakers already fluent in English. Others enter U.S. schools with some rudimentary English exposure while others have had none. Still others have encountered interrupted education and bring limited home language literacies.  The schools that welcome immigrant-origin children also vary widely, some have limited infrastructure and resources to provide quality language learning supports, while others offer steady, scaffolded, evidence-based educational programs implemented by educators with expertise in multilingualism. Depending upon these pathways, there are clear implications for different trajectories to competitively join monolingual peers.

Federal provisions established by the Bilingual Education Act of 1968 (BEA), the No Child Left Behind Act of 2001 (NCLB), and later amended by the Every Student Succeeds Act of 2015 (ESSA), set in place guidelines to identify multilingual students who need support learning English in U.S. schools. These students are officially designated as “English Learners” (ELs) (ESSA, 2015, p. 393). According to these guidelines, ELs need to be identified in order for schools to provide English learning services and accountability data around how ELs perform in comparison to their English-proficient peers in areas such as graduation rates, reading and math achievement. While these are laudable goals, there is substantive variability, controversy and debate about how ELs are identified state to state, how data are or should be collected and reported, as well around the validity of some standardized assessments for these students (among others).

Further, there are some reasons to be concerned with having reduced the immigrant-origin child experience to a simple designation of English Learner. As importantly as English learning is for most immigrant-origin children, research that focuses narrowly on language learning as a set of skills to be mastered often neglects the important role of native language as a fundamental affective, cognitive, and experiential foundation for self-perception, learning, and engagement. A narrow focus on English learning is often detrimental in promoting students’ social integration, which in turn will also limit students’ opportunities for English learning. While acquiring the language of the new land is certainly a central part of their acculturative experience, it does not attend to a whole child perspective of their experience. It neglects other aspects of the acculturation, as well as issues of trauma, xenophobia, and racism that many experience as part of the migratory voyage. 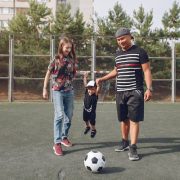 Notably, the vast majority of immigrant children in the United States are second-generation birthright citizens.