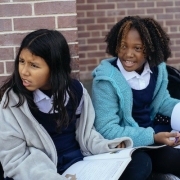 With funding from multiple grants from the National Science Foundation, the Spencer Foundation, and the W. T. Grant Foundation, L.I.S.A. is designed to address a need for better understanding of the long-term adaptations of immigrant children and youth to American schools. While the Co-Principal Investigators were the Co-Directors of the Harvard Immigration Projects, form 1997 to 2003, a large bi-costal team collected data under their supervision on the psychosocial, demographic, and cultural characteristics of recently arrived immigrant children, youth and families originating in Asia, the Caribbean, and Latin America. A total of 400 students, aged 9 to 14 at the beginning of the study, were recruited from Boston area and San Francisco area schools.

L.I.S.A. distinguishes itself from other research efforts in a variety of ways. First, it is an interdisciplinary project employing ethnographic, psychological, and educational methodologies. Second, it is a comparative study involving several immigrant groups from a variety of backgrounds but with strict inclusion criteria that is uncommon in immigration studies. Third, it takes a longitudinal perspective on the changing lives of immigrant youth. L.I.S.A. was designed to pay careful attention to the role of gender, race, and ethnicity in the experiences and schooling outcomes of immigrant youth.

A range of strategies have been deployed to elicit data on demographic characteristics, immigration histories, changing family systems, networks of social relations and supports, school and neighborhood contexts, and patterns of academic engagement and disengagement over time. The primary methodologies of the study include ethnographic participant observations; ethnographic interviews of students, school personnel, and parents; psychosocial and narrative measures; individually administered bilingual verbal ability and achievement assessments; and careful review of each participant’s academic records.

The primary research questions of the study include:

The data collection phase of the project has been completed — we are currently analyzing the data which is archived at the Harvard Graduate School of Education.

Note that all materials below were specially developed for the Longitudinal Immigrant Student Adaptation Study. Researchers are welcome to make use of these protocols if appropriately cited. 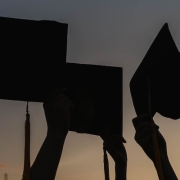 This national survey focused on the college experiences of undergraduate UndocuScholar students. Its goals were to expand knowledge about the range of UndocuScholars’ experiences in order to challenge false assumptions and damaging misperceptions, and to use this knowledge to better inform on-campus practice and services as well as local and national public policy.